Note that the tablet Apple iPad Pro is equipped with a 12.9-inch display with a resolution of 2732 × 2048 pixels (the density of the pixels is 264 PPI). The device also contains a 64-bit A9X processor with an M9 coprocessor, 4 GB of RAM (two SK Hynix H9HCNNNBTUMLNR-NLH LPDDR4 2 GB modules each), 32 or 128 GB of internal flash memory. On the back there is an 8 megapixel iSight camera, and on the front panel is a FaceTime HD camera with a 1.2 megapixel sensor. 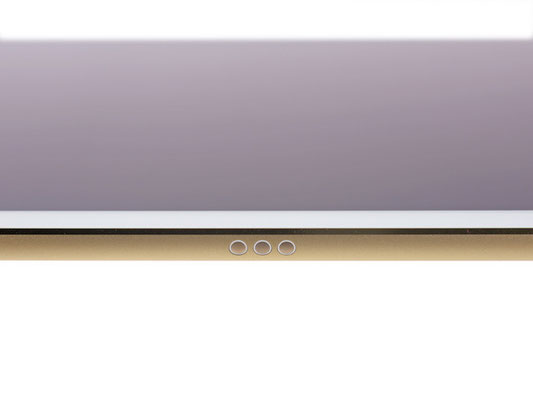 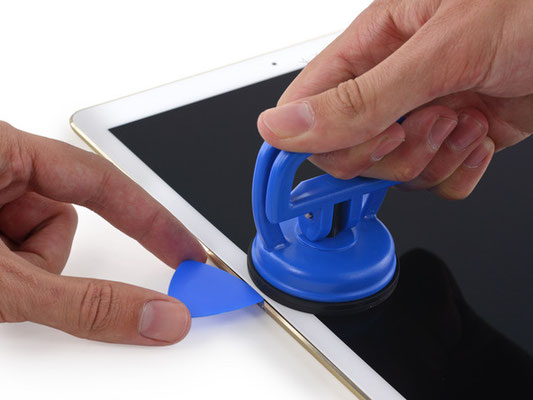 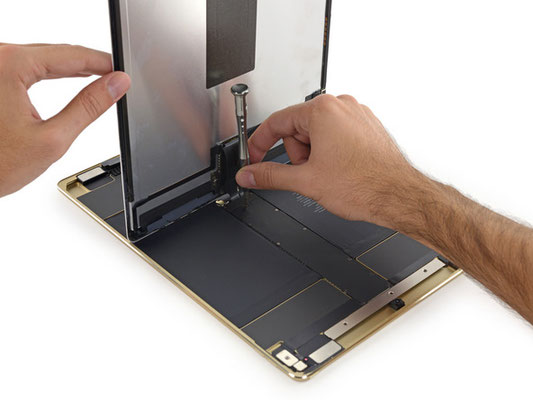 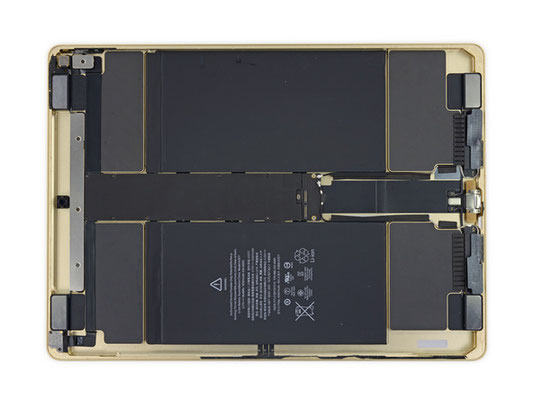 The novelty also includes a fingerprint reader, a Touch ID scanner, Wi-Fi 802.11a / b / g / n / ac wireless modules (data transfer rates up to 866 Mbps) and Bluetooth 4.2, four speakers, a gyroscope, an accelerometer , a barometer and an ambient light sensor. As an option, the device can be equipped with a LTE communication module (data transfer rate up to 150 Mbps). In addition, the device contains a Smart Connector connector for connecting accessories, for example, an external keyboard. During the disassembly of the Apple iPad Pro tablet, a 38.8 Wh battery was detected (3.77 V, 10307 mAh), which is 40% more than the iPad Air 2 (27.62 Wh), and slightly exceeds the battery of the tablet Microsoft Surface Pro 4 (38.2 Wh). 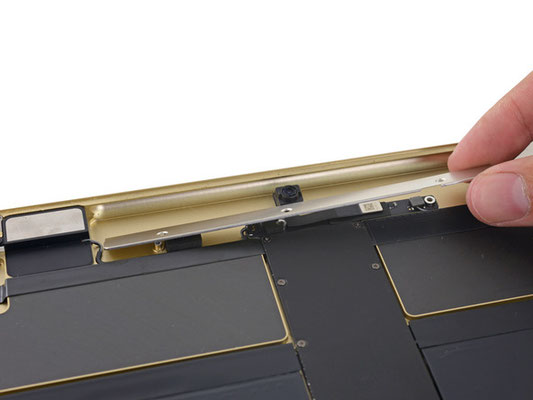 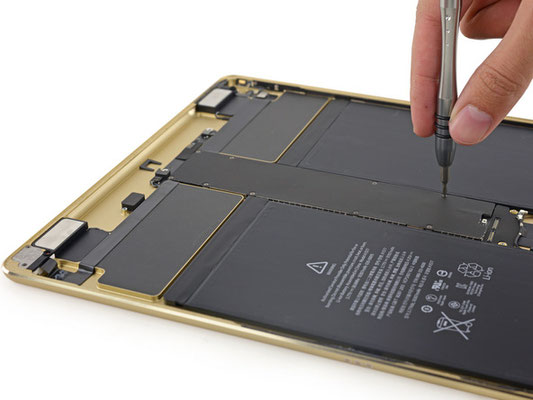 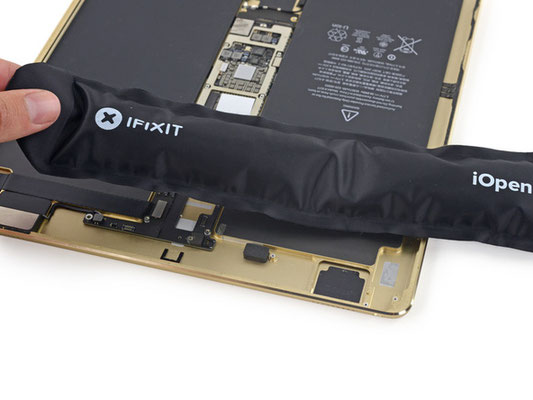 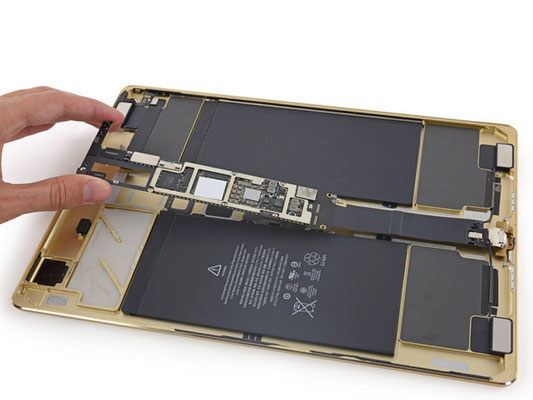 Having disassembled the device into separate components, you can make a verdict to the Apple iPad tablet. Pro - maintainability rating 3 out of 10. Note that the maximum score of 10 corresponds to the most easily repairable devices. Thus, the model in question is poorly repairable. 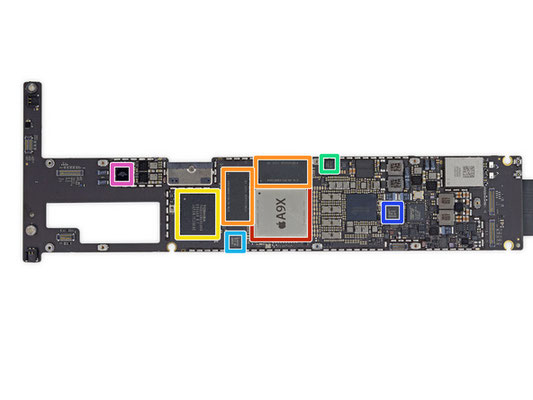 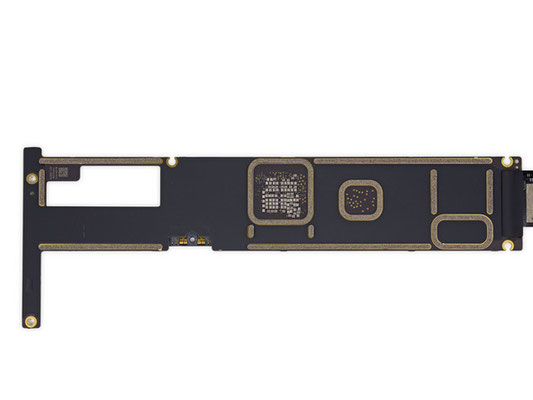 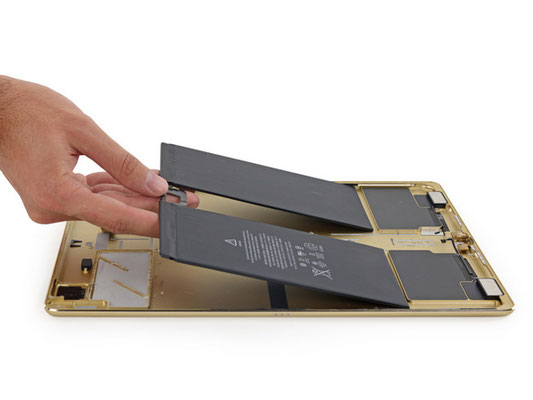 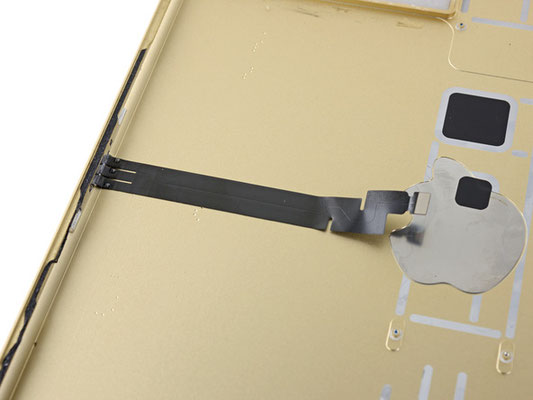 In general, you need to highlight the following points regarding the maintainability of the tablet Pro iPad: