Running ahead, the device earned seven points out of ten possible. Both versions of Oculus Rift, intended for developers, in due time received a higher rating - nine points.

The process of disassembly is very specific, there is no sense in describing all the stages in detail.

So, the "autopsy" showed that the Oculus Rift no longer uses the same screen as the Samsung Galaxy Note 3. In this case, two custom panels with a diagonal of 90 mm are used, each of which is characterized by a density of 456 pixels per inch. As noted in iFixit, this is higher than the iPhone 6S Plus (401 ppi), but below the analogous parameter Galaxy S7 (576 ppi). 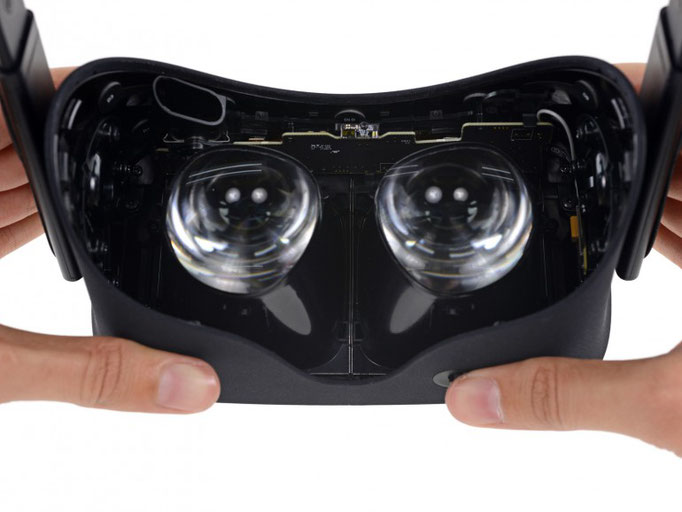 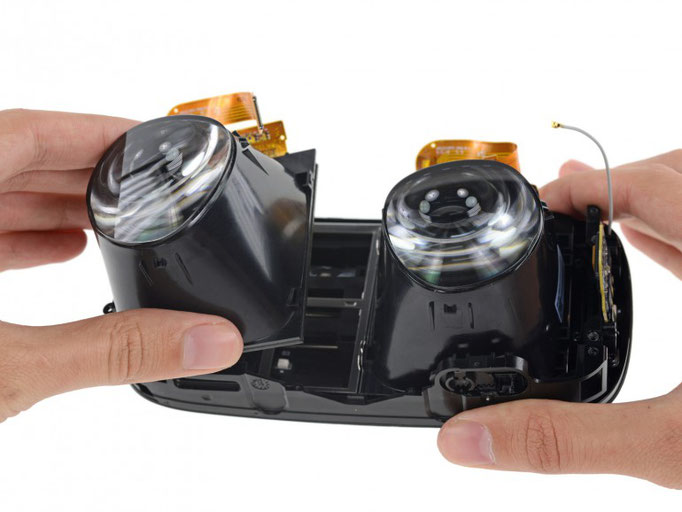 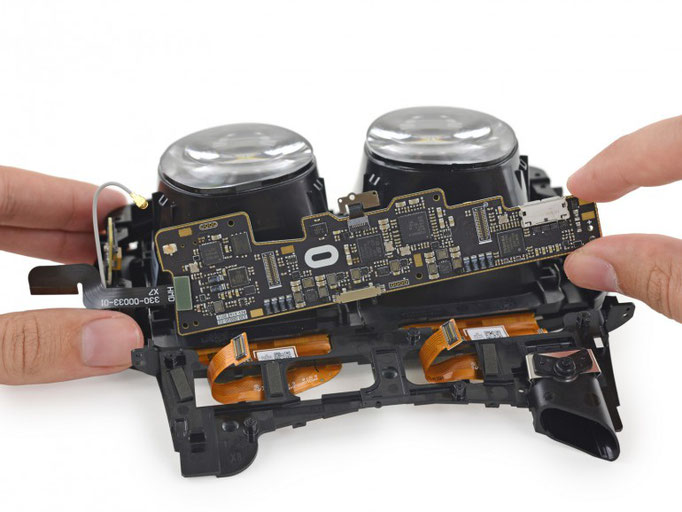 Users of the commercial version of Oculus Rift will still see the pixels, because a pair of optical lenses are located between their eyes and the displays to which the image is displayed. By the way, here is used a pair of hybrid Fresnel lenses, which provides the necessary viewing experience. In particular, it seems to the user that he is looking at a huge screen distant from him for a long distance. Concentric circles available on Fresnel lenses help to focus the light more intensively than conventional convex lenses. Oculus Rift uses special Fresnel lenses made from a material with a variable refractive index. This implies the ability to adjust the level of sharpness by simply adjusting the position of the device up and down vertically. 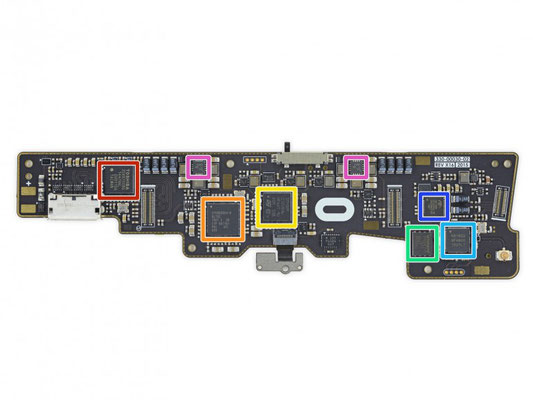 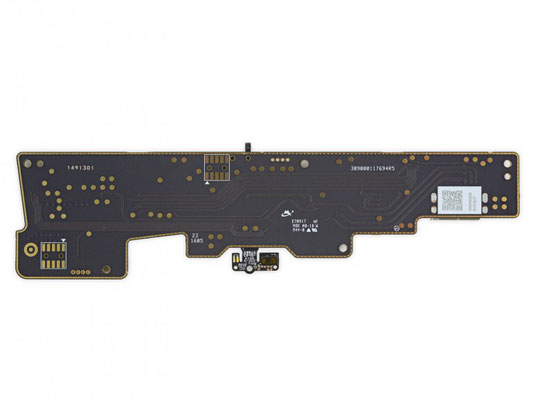 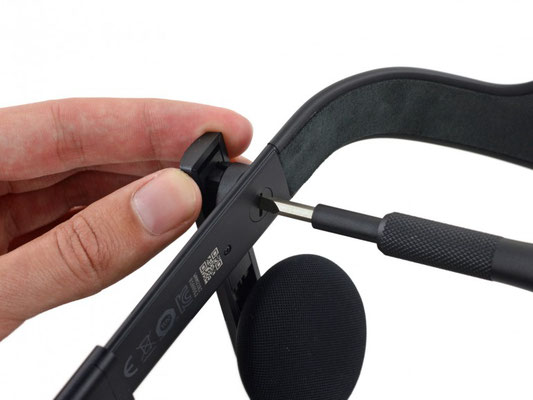 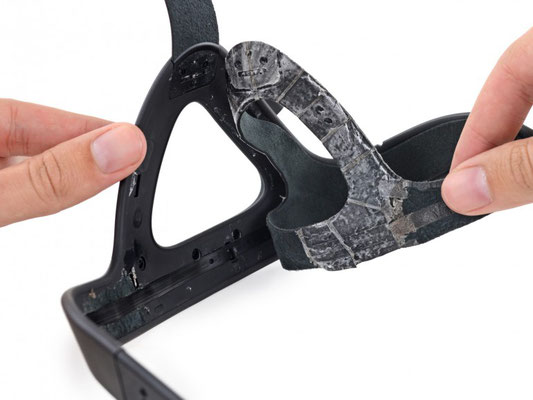 The advantages of the design include improved in comparison with previous versions of the device cable management, spring contacts, greatly simplifying the task of disconnecting the built-in headphones, as well as the use of conventional latches to fasten the front of the device. By cons - the complexity of the disassembly in general, the hidden internal latches, which keep the protection from dust, and the fact that to replace the strap that holds the device on your head, you need to tear off the interior finish