As you know, the back of this device covers the glass, which now (if compared with last year's model), gently bends around the edges of the case. It is with its dismantling that the disassembly of the smartphone begins.

It is quite expected, there is no battery under the back cover of the case, so to replace it you will have to disassemble the device further. 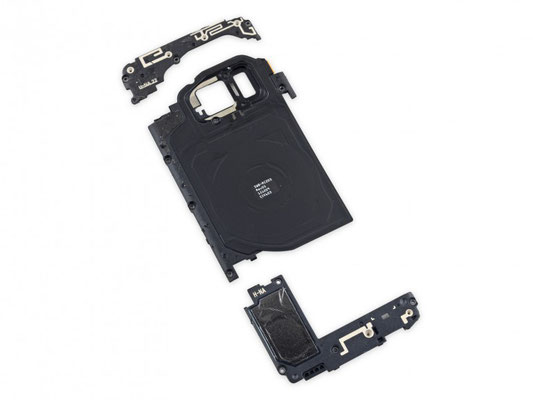 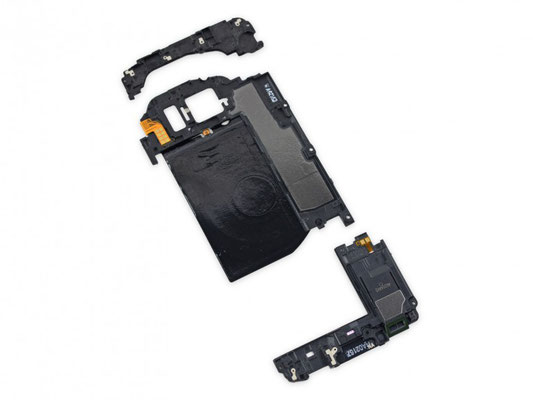 The dismantling of the chassis, which is fastened with many screws and is replete with various components - spring contacts, a variety of antennas, a speaker, an NFC loop, a wireless charging coil - is the next step. By the way, if last year's flagship chassis was integral with a number of tightly glued components, then Galaxy S7 it consists of several parts, that is, it has a modular design, which definitely can be attributed to the merits. All these modular components are attached to the PCB by means of tiny latches, which greatly simplifies disassembly. 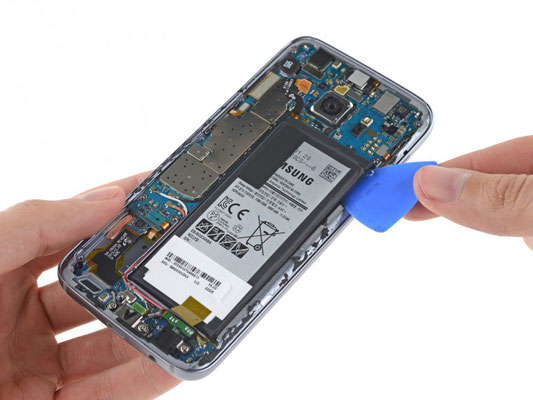 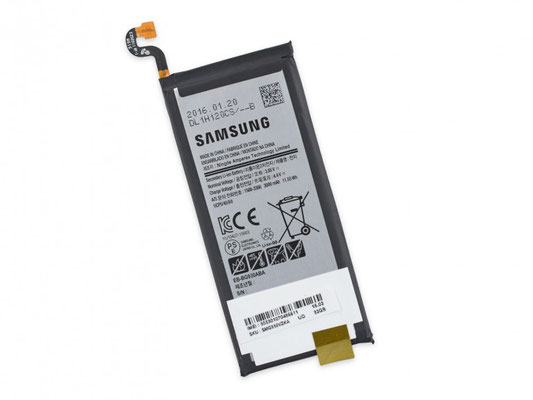 After dismantling the chassis, you can remove the battery, previously poborovshis with the glue that holds it. It seems that the strong dissatisfaction of some customers, provoked by a decrease in the battery capacity in the Galaxy S6, reached the company Samsung, which significantly increased this parameter in the new Galaxy S7. The battery is manufactured by Amperex Technology Limited; it is characterized by a voltage of 3.85 V and a capacity of 11.55 W ∙ h (3000 mAh). In comparison, the Galaxy S6 battery has a capacity of 2550 mAh, and the iPhone 6s Plus battery has 2750 mAh. 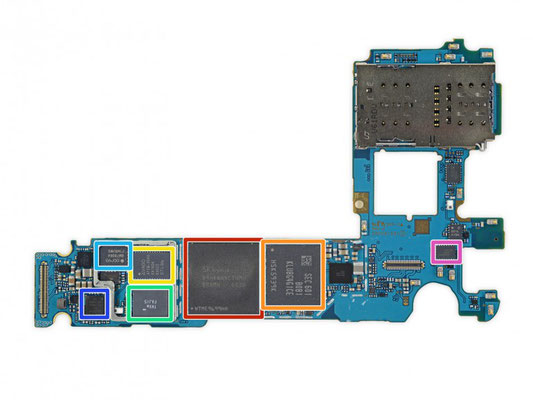 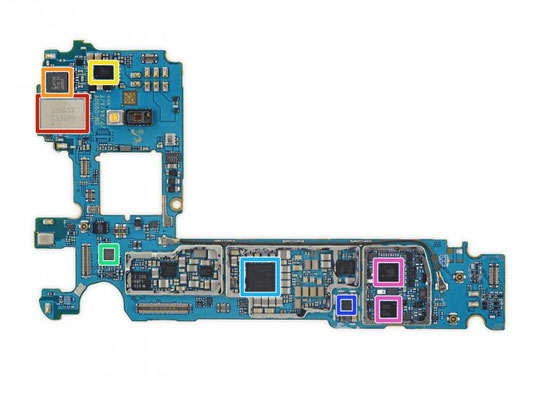 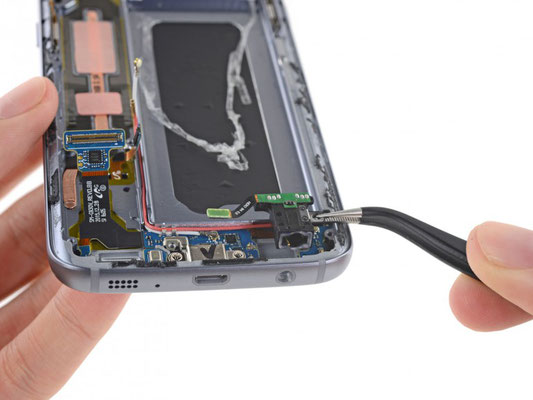 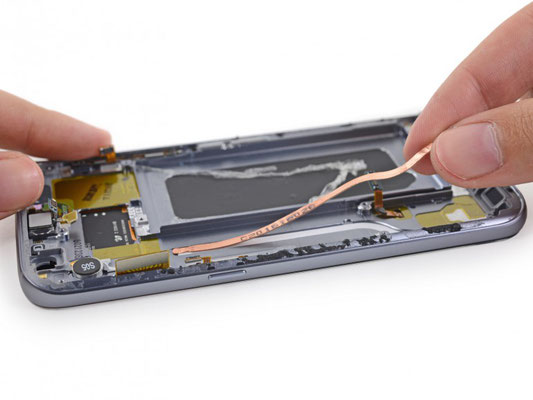 In general, as noted above, the device has earned three points out of ten possible (the maximum score of 10 corresponds to the most easily repairable devices). The pluses are the modularity of the design, which allows you to easily replace some elements, as well as the possibility of replacing the battery without dismantling the motherboard, although the huge amount of strong glue on the back panel battery itself complicates the task a little. The downside is the use of glass to protect the front and back panels (there is a significant risk of breaking the device), the need to remove the display with a high probability of damage to replace the USB connector, and the fact that you can replace the glass without breaking the display.